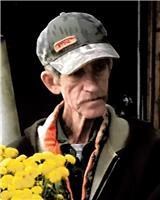 He worked alongside his dad, Charley Sr., doing excavation and marl for many years and continued after his father passed. He was an avid hunter and fisherman.

He is preceded in death by his parents, Wanda (Brunner) and Charley A. Roberts Sr.; a sister, Dixie Hemenway; and a nephew, Wes Klein.

In accordance with Charley’s wishes, cremation has taken place. A private service will take place at a later date.

Memorials made in Charley’s memory may be directed to the family, c/o Andy Roberts. Envelopes are available at Hohner Funeral Home. Online condolences may be left at www.hohnerfh.com.