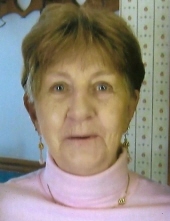 JaNean Elaine Houck, age 88, of LaGrange, passed away Wednesday morning June 3, 2020 at Miller’s Merry Manor Nursing Home in LaGrange.
She was born September 7, 1931 in Sturgis, daughter of the late Allison Neil and Beulah Ann (Roe) Mizner.
JaNean resided in the Sturgis and LaGrange County area most of her life and was a graduate of LaGrange High School with the class of 1949.
On October 1, 1976 she married John W. Houck in Sturgis. He died June 13, 2001.
She had been employed as a secretary at Brighton Schools for several years and for many years she volunteered her time at the LaGrange Hospital.
She was a talented painter and enjoyed crafts and puzzles and loved time with her family.
JaNean is survived by one daughter: Dena (Mark) Dalrymple of Elkhart; one son: Rod Eash of Angola; two step-sons: David Houck of Colon and Jim Houck of Coldwater; five grandchildren: Sarah (Jeff) Hardman of South Bend, David Dalrymple of Elkhart, Amy Stidham of Howe, Angie Tregunna of Sturgis and Jeremy Eash of Fort Wayne; nine great grandchildren and 1 great great grandchild and her nephews including a special nephew: Lynn Mizner of Sturgis.
She was preceded in death by her parents, husband and one brother: Jack Mizner.
In accordance with her wishes cremation has taken place. Private family graveside services and burial of the ashes will take place at the Burr Oak Cemetery at a later date. Pastor Mike Stadelmayer will officiate.
The Hackman Family Funeral Homes of Sturgis is entrusted with the arrangements.
The family suggests those wishing to make a memorial donation in Mrs. Houck’s memory consider the American Cancer Society, P.O. Box 22718, Oklahoma City, OK 73123.
The obituary is also at www.hackmanfamilyfuneralhomes.com where we encourage family and friends to leave memories and condolences for the family.