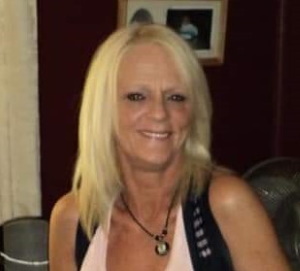 Virginia Lee Soule, age 60, of Three Rivers, died Sunday, June 7, 2020 at Rose Arbor Hospice in Kalamazoo. She was born in Sturgis on Dec. 19, 1959 the daughter of Richard Lee Watson and Shirley Long , and later adopted by David Chapman, Sr. She attended Auburn, Indiana Schools. She was married to Garry Fogleson on Dec. 11, 1977 in Auburn. They were later divorced. She later married Jacob Soule on July 10, 1999 in Leonidas. They were later divorced. Jene was the proprietor of Nana’s Place providing assisted living to those in need. She was always welcoming and supportive of residents and family. She enjoyed cooking and gardening and time with her grandchildren.

Jene is survived by her parents, David and Shirley Chapman, Sr. of Nottawa; four children, Garry (Rachel) Fogleson II of Vicksburg, Amanda (Robert Jacobs) Chapman of White Pigeon, Cheyenne Chapman and Austin Soule both of Kalamazoo; four grandchildren and one on the way; siblings, Leesa Chapman and Doris Chapman both of Three Rivers, Toni (Steve) Bass of Jacksonville, FL, and David (Heather) Chapman, Jr. of Nottawa. She was preceded in death by a daughter, Stacy Fogleson.

Visitation will be from 4 to 6 pm Thursday at New Beginnings Church, 63022 M-66, Sturgis. Services will be 11 am Friday, June 12, 2020 at the church with Pastor Randy Evans officiating. Burial will be in Nottawa Cemetery. It is suggested that memorial donations be directed to Rose Arbor Hospice, 5473 Croyden Ave., Kalamazoo, MI 49009. Condolences and memories may be shared with the family at www.eickhofffuneralhome.com