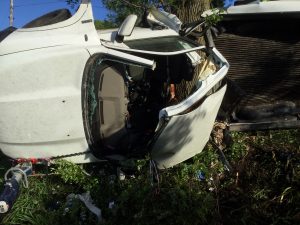 Authorities said Michael Mortimore was a passenger in a pickup driven by Austin Price, 21, also of Dowagiac. The vehicle was heading east on Church Street when Price apparently lost control and the vehicle flipped into a tree.

All three occupants were trapped in the vehicle after the crash and had to be extricated from the vehicle.

County unemployment down in August

August’s unemployment rate in St. Joseph County decreased by nine-tenths of a percent from July. …