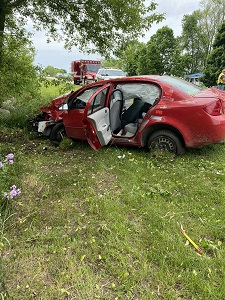 A teen from the community of Jones was injured last week in a single-vehicle accident in Cass County’s Porter Township.

Emergency personnel found that a vehicle driven by Justin Rose, 17, had left the roadway and struck a tree.

Rose told authorities he had lost control while trying to avoid a bee inside his vehicle. He was transported to Elkhart General Hospital.

Alcohol and drugs were not factors in the crash, and a seat belt was used, investigators said.

The Branch-Hillsdale-St. Joseph Community Health Agency wishes to remind the public that October is the …