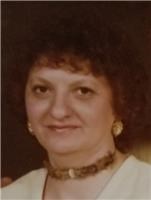 According to Carol’s wishes, cremation has taken place and there will be no services. The family is being served by Lighthouse Funeral & Cremation of Union City.

Ed and Carol had a vacation home in Thompsonville, Michigan, which she loved. Carol liked to fish, crochet, sew, and spend time with her family. Her family was her everything.

Carol is survived by two children: a daughter, Shannon (Oakes) Eishen and husband Jerry, and three children, Mandi R. Pyke, Marissa L. Eishen, and Rachel Marie Louise Eishen, all of Tekonsha; and a son, Paul E. Oakes, and two children, Haylee K. Oakes and Kayla R. Oakes, all of Sturgis. She also leaves behind one special person, who was like a son, Richard Levitz of Sturgis.

Donations can be made to the family.