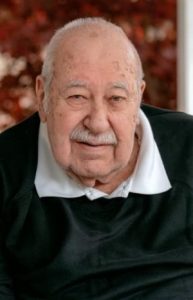 Charles was a 1954 graduate of LaGrange High School and then went on to serve in the United State Army from 1955-1958.

On Oct. 26, 1958, at Congregational Church in Orland, Indiana, he married Virginia Kinder.

In 1959, he moved to California, and worked as a barber for 14 years. Returning to Indiana in 1977, he worked in the fiberglass industry until his retirement in 1998.

He was a longtime active member with Moose Lodge in Escondido, California, where he had been a Past Governor and was also a past member of the American Legion in Goshen.

He was preceded in death by his parents; a son, Thomas Wirick; a grandson, Damian Wirick; a brother and sister-in-law, Jim and Marilyn Wirick; and a niece Cara.

According to family wishes, there will be no services and cremation will take place.

Condolences may be left for the family at www.fruripmayfuneralhome.com.