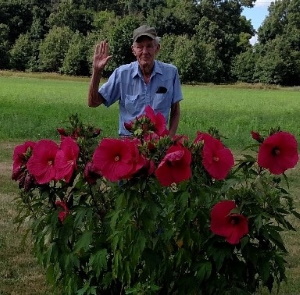 Dennis H. Black, age 87, of Moorepark, passed away on Wednesday, July 8, 2020. Dennis was born March 24, 1933 at home in the dining room at 11:10 that night. Dennis attended Moorepark school from primary thru the eighth grade, then Three Rivers High School and graduated with the class of 1951.

He was president of the Junior Chamber of Commerce from 1963-1964, he was a member of the Three Rivers Elk Lodge #1248 and served as exalted ruler from 1973-1974. He was also a member of the fraternal order of the Eagles Post Aerie #2303, the American Legion Hice-Shutes Post #170, and a life-time member of the Masons.

Dennis went to the Moorepark Church when he was very young with Mr. Wilbur and continued til he went to high school. He also went to the Ninth Street Methodist, the First Methodist, and Bethany Chapel. Later and last to a spiritual church in Battle Creek, he became a spiritualist believing in spirits and souls, also in psychics.

He had many highs and lows through his life as well as much happiness and sorrow. He passed thinking he had a good and interesting life.

He is survived by two daughters: Denise and Sally Black; one grandchild: Beatrice Black; and six step-children.

He passed hating no one. Believing all people are equal regardless of race, religion, or nationality.

A private graveside service has been held at Moorepark Cemetery in Park Twp.