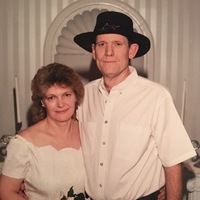 Elizabeth Lynn Doyle, age 71 of Nottawa, died Thursday, June 25, 2020 at Grace Healthcare in Three Rivers.  She was born in Hoboken, NJ on March 19, 1949 the daughter of Theodore and Katherine (Lieberman) Ries.  She attended schools in New Jersey and California, and later resided in Las Vegas, NV.  She was married to Michael Doyle in 1997 while living in Las Vegas.  Michael died in 2017, and Elizabeth moved to Michigan shortly after.  She was a homemaker, and worked numerous jobs.  She especially enjoyed being a mother and spending time with her grandchildren.

In keeping with her wishes, cremation has been conducted, and private family services will be held later.  Assistance was provided by the Eickhoff Funeral Home of Mendon.  Memories and condolences may be shared with the family at www.eickhofffuneralhome.com