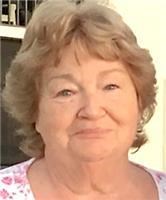 Brenda Joy (Hill) Henney, age 76, passed away on Thursday, September 17, 2020, in San Antonio, while under Hospice Care surrounded by her loving family.
Her life from the start was about traveling and serving others. She was born in Bradenton, Fla., to Bill and Ophelia (Dannelley) Hill and grew up in Burr Oak. Brenda was always proud of being one of the earliest students at Adam’s one-room schoolhouse and graduating from Bronson High School. She served most of her adult years living in Burr Oak, where she earned her degree from Glen Oaks Community College and raised her five children. Brenda retired as the business office manager at Sturgis Hospital, where before more staff members learned Spanish, the emergency room department staff called her in to interpret for the Spanish-speaking community. After retiring from Sturgis Hospital, she moved for a short time to Pinellas Park, Fla., then returned and reentered the same profession at the LaGrange Hospital, where she lived before her final move to San Antonio in 2009. While there, she would help care for two of her grandchildren, while her daughter served on military deployments in the Air Force.
Brenda is preceded in death by her loving parents, also former residents of Burr Oak; her biological father, Fred Parah; her youngest sister, Janice Yerrick (1989); her grandson Michael Randall Henney (2009); great-granddaughter Sofia Henney (2017); and numerous other family members.
Brenda is survived by her husband, Jorge R. Macias; her stepmother, Mary Elizabeth Hill; children Bonnie Komo (Dan), James Henney (Bobbi), Michael Henney (Patti), Ella Henney and Lisa Fox; stepdaughter Laura Alftafter (Jeremy); sisters Janet VanVleet and Flora Jean Conklin; half-brother Michael Parah, whom she recently learned about and developed a relationship; 25 grandchildren; 38 great-grandchildren; and numerous other family members.
During the last few years of Brenda’s life, she drew closest to God. She found peace in recognizing repentance is a lifelong journey and not a one-time decision. Brenda recently shared she always envisioned herself as a missionary on the mission field. As she actively sought life’s purpose, her wish was for her family and friends to also seek forgiveness and encourages everyone on their own lifelong journey.
The family will receive friends from 6 to 8 p.m. Wednesday, Sept. 30, 2020, at Porter Loring Mortuary North in San Antonio. The funeral is planned for Oct. 1, 2020, at Concordia Lutheran Church in San Antonio and will be available for streaming at concordia.cc.  Interment will follow in Mission Burial Park North. The family is planning a celebration of life event in Burr Oak within the next few months.
In lieu of flowers, you may continue Brenda’s mission by donating to your own mission fund of choice, or donate to her home church Concordia Lutheran Church’s mission fund (mission shares) at concordia.cc. You are invited to sign the Guestbook at www.porterloring.com.
Arrangements by Porter Loring Mortuary North in San Antonio.