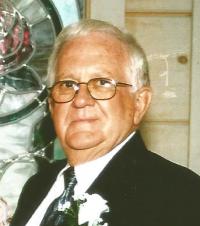 Duane Armstrong Wing, age 86, formerly of Three Rivers, died unexpectedly Aug. 3, 2020 in Mesa, Arizona. He was a 1951 Three Rivers graduate. Duane was proud of his service in the National Guard from 1957-1963. He was particularly grateful for the life-long friendships he maintained from kindergarten at Huss School until his death. Surviving friends Stan Mechling and Rolland Barnhart, along with deceased Norm Brunner and Richard Harden, are among the many whose friendships played a huge role in his life.

An avid sports fan, Duane cheered for the Detroit Tigers and Lions, along with the University of Michigan. He loved riding his motorcycle which he rode into his 70s. After a career as a tool-and-die maker at Peterson Springs Company, he retired to Arizona. There he married Mary Jo and spent the last 16 years enjoying retirement.

Duane was the son of Mildred (Armstrong) and L.D. Wing. He was prceded in death by his four siblings; Virginia Miller of Paw Paw, Alice Schooler of Jamestown, Ind., Arlene Sullivan of Salem, Ohio, and Keith Wing of Three Rivers. Born in Linnsburg, Ind., Duane came to Three Rivers when he was two.

He is survived by his wife of 16 years, Mary Jo of Gold Canyon, Arizona, along with son David of Apache Junction, Arizona. He also leaves behind several nieces and nephews, cousins, and many friends in Michigan and Arizona.

A graveside memorial service will be held Saturday, Sept. 26 at 11 a.m. at Riverside Cemetery in Three Rivers. The Rev. Bob Anderson will preside.