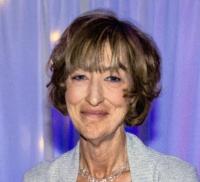 Memorial services will be at 2 p.m. Tuesday, Sept. 8, 2020, at Peters Funeral Home in St. Paul, Neb. Rev. Glenda Pearson will officiate. Inurnment will be at a later date in the Rose Hill Cemetery in Palmer, Neb.

Memorials are suggested to the family.

Mary Lou was born on Sept. 18. 1961, at St. Paul, the daughter of Larry J. and Gloria J. (Hobbs) Prowett. As a young girl she lived with her family in various states and cities, as her father served in the United States Navy. She attended school in Three Rivers, Michigan.

Tom passed away on May 2, 2007. She later worked part-time for her daughter, Amy, at the Branding Iron Café in Palmer. In 2014, she moved to Wolbach, where she lived the rest of her life.

Mary Lou enjoyed crafting, camping, cooking, baking, reading and going to the St. Paul Library. She loved spending time with her children and watching her grandchildren.

In addition to her husband, Tom, she was preceded in death by her grandparents, Wyland Prowett and Viola Shinn and Everett and Dorothy Hobbs; in-laws, Harry and Freda Ware; brother-in-law, Terry Ware; and best friend, Sandy Combs.

Condolences and memories may be shared with Mary Lou’s family by visiting www.petersfuneralhome.net.