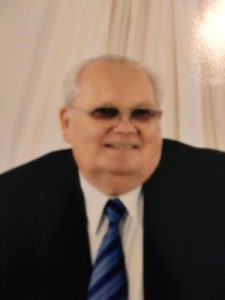 Robert worked at R & R Furniture in White Pigeon for 17 years, retiring in 2005. He also worked at Juno Industries in Cassopolis as a production manager from 1978 to 1980 and at the Franger Gas Co. in Elkhart. He enjoyed camping, hunting, and fishing. Robert was a member of the VFW, Combat Infantry Assoc., Korean War Veterans Assoc. and was a life member of the DAV.

He was preceded in death by his parents, wife, daughter Janet Wallace, grandson Matthew Poetter, and sister Elizabeth Dewitt.

Relatives and friends will be received Wednesday from 12 to 1:30 pm at the Eley Funeral Home in Constantine.  Masks are required and social distancing guidelines will be enforced.  Private family services will follow. Burial will be at the East Union Cemetery. Online messages may be left for the family at www.eleyfuneralhomes.com.