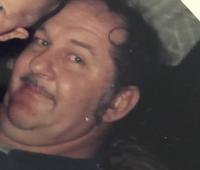 Donald James King, age 82, of Three Rivers, passed away on Monday, October 12, 2020 at the Riveridge Nursing Home, Niles, MI.  He was born in Constantine on October 30, 1937 the son of the late Willard Bruce and Millie (Mohney) King.

Donald was united in marriage to Mrs. Pauline (Robinson) King.  He served his country in the U.S. Air Force from 1955 until his honorable discharge in 1964.  He was employed as a machine operator at Armstrong Machine Works for many years before retiring.  Spending time with his children and grandchildren made him the happiest.

He was preceded in death by grandson, Justin Browne in 2020.

Private Graveside Services were held at Peek Cemetery with Military Honors conducted under the auspices of the American Legion Hice-Shutes Post #170 with Mike King officiating.