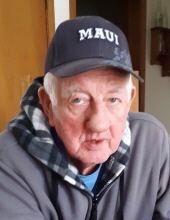 Guy W. Savage, age 77, of Sturgis, passed away Monday, Oct. 19, 2020 at Parkview Hospital in Ft. Wayne.
He was born Aug. 25, 1943 in Summer Shade, Kentucky a son to the late Edison and Vera (Shockley) Savage.
Guy had been employed at FMC Corp. in Hoopeston, IL and Abbot Laboratories in Sturgis where he retired.
He enjoyed farming, hunting and fishing, and spending time with family and friends.
He is survived by one son: Rick (Raeanne) Savage; one daughter: Kimberly Savage all of Sturgis; Grandchildren: Cameron (Olivia) Savage, Boe (Kalesha) Savage, and Paige Savage; great-grandchildren: Paislee and Ivy Savage; and many nieces and nephews. Also special friends: Bart and Jami Nettleman, Ashley Nettleman, Kyle and Bro Baker, John and Alisha Nettleman, Tom and Carol Baker, and Huntir Wilson.
He was preceded in death by his parents, two brothers: Gary Savage and Elton Savage; two sisters: Louise Aikin and Lois Harper.
According to his wishes cremation has taken place. A celebration of his life will be held at a later date to be announced. Memorials may be directed to the charity of one’s choice. The Hackman Family Funeral Homes of Sturgis are honored to be entrusted with the arrangments.
His obituary is also at www.hackmanfamilyfuneralhomes.com where personal messages of support may be left for the family.