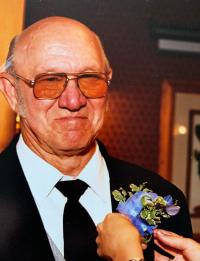 James F. “Jim” Bucher, Sr., age 81, of Mendon, died Tuesday, Oct. 27, 2020 at his home. He was born on Feb. 9, 1939 in Benton Harbor, to James Francie Pullins and Delphina Montgomery. Jim was adopted by his aunt, Bessie Pullins Bucher and her husband, Nelson Bucher at 12 years of age when his family moved, and Jim didn’t go with them. Jim graduated from Benton Harbor High School and later worked at Harbor Metal Treating and Whirlpool. Jim married Doris Burton in Benton Harbor on Jan. 15, 1959. They moved to Mendon 40 years ago when Jim went to work for GM Hydra-Matic and later American Axel. Jim was involved in golfing and bowling for 20 years or more with teams in the Three Rivers area. He made many wonderful friends in both Three Rivers and Benton Harbor. Following his retirement, he spent many hours in his woodshop and attending Mendon Football games.

In keeping with his wishes, cremation has been conducted. Private family service will be held later. Assistance was provided by the Eickhoff Funeral Home of Mendon. Memories and condolences may be shared with the family at www.eickhofffuneralhome.com