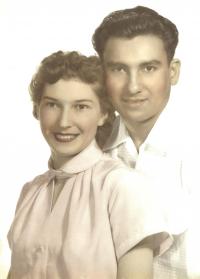 Mrs. Leoda H. Candelaria, age 88, of Three Rivers, passed away peacefully on Thursday, October 15, 2020 at Edgewood Health and Rehabilitation. She was born on January 31, 1932 in Bradford, Arkansas the daughter of the late James and Fannie (Acklin) Allen.

On September 3, 1952 Leoda was united in marriage to the love of her life, Mr. Santos M. Candelaria who preceded her in death. They moved to this area in 1960. Leoda worked for Three Rivers Hospital for many years until retirement in 1994. Leoda was a member of the Church of Christ in Portage.

Mrs. Candelaria was preceded in death by nine siblings.