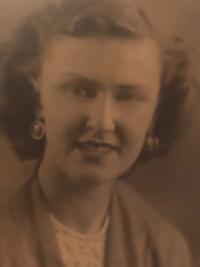 Pauline King, age 84, of Three Rivers, passed away on Tuesday, October 28, 2020 at the Woodland Manor Nursing Home in Elkhart. She was born in Liverpool, England, on August 2, 1936, the daughter of the late William and Jessy (Warwick) Robinson.

Pauline was a resident of Three Rivers where she made her home for the past 55 years. She was united in marriage to Donald King whom preceded her in passing just a short time ago on October 12, 2020. She enjoyed rug hooking and was an avid reader of romance novels.

Private Graveside Services were held at Peek Cemetery with Mike King officiating. Online condolences may be shared at www.hohnerfh.com in care of Pauline’s arrangements.