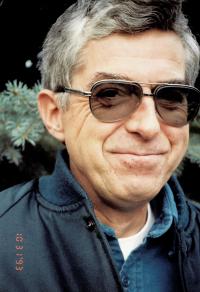 Philip was born February 16, 1945 in Pontiac, MI, the son of Carl and Lavina (Wohlfert) Furlong.

He served his country in the United States Army from 1964-67, and worked for 33 years at General Motors.

He volunteered at the Three Rivers Fire Department for more than 10 years, and had a passion for classic cars.

On November 21, 1970, he married Donna Jean Hoyt, who survives him. Also remaining to cherish his memory are a son, Mike (Louise) Furlong; a daughter, Karen (Tim Schuring) Furlong; and four grandchildren, Cierra, Dawson, Abigail and Brooklyn.

A graveside service will be held on Saturday, October 17, 2020 at 11:00 a.m. at Peek Cemetery with Pastor Bob Anderson officiating.

Memorial donations in Philip’s memory may be directed to the charity of one’s choice.