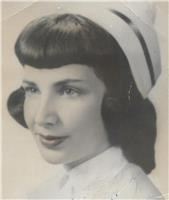 Linda Ann Hart, age 80, of Sturgis, passed away Saturday morning, Nov. 14, 2020, at her home.
She was born June 29, 1940, in Charleston, W.Va., a daughter of the late Donald Melva and Luzern Sylvia (Greathouse) Patterson.
Linda resided most of her life in Sturgis and was a graduate of Sturgis High School with the class of 1958. She had lived five years in Japan, where she taught English language courses.
In November 1985, she married Lawrence Hart in Sturgis.
Most of her working life was in international shipping, a job she held with Nibco in Elkhart, until the time of her retirement following more than 15 years of dedicated employment. She held the same position with Kirsch Company in Sturgis for several years until the closing of the company. In her younger years, she worked as a nurse at a doctor’s office in Grand Rapids.
She was a past member of Sturgis Church of Christ. Linda was a gifted writer, having several stories published in Reader’s Digest. She was an avid reader, enjoyed her job and loved God and time spent with family, especially her grandchildren.
Linda is survived by her husband, Lawrence; a daughter, Stacie Hart of Sturgis; a son, Michael Hart of Sturgis; two grandchildren, Easton and Spencer Foster; a sister, Merl Browning of Sturgis; and several nieces and nephews.
In accordance with her wishes, cremation has taken place. No services are planned at this time.
Hackman Family Funeral Homes of Sturgis is entrusted with arrangements.
The family suggests those wishing to make a memorial donation in Mrs. Hart’s memory consider Three Rivers Health Hospice, 711 S. Health Parkway, Three Rivers, MI 49093.
Her obituary is also at www.hackmanfamilyfuneralhomes.com, where we encourage relatives and friends to share memories and leave condolences for the family.