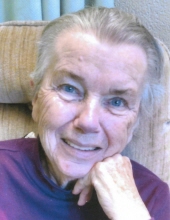 H. Arlene Forsythe, age 83, of Vicksburg, was called home to join her Lord and Savior Saturday morning December 19, 2020 at The Laurels of Coldwater in Coldwater.
She was born May 6, 1937 in Bancroft, Michigan daughter of the late William E. and Estella May (Morgan) Self.
Arlene resided in Vicksburg for the past 26 years. Her early life was spent in Corunna, where she was a graduate of Corunna High School with the class of 1955.
On August 17, 1957 she married Richard Forsythe at the Corunna United Methodist Church.
Arlene retired from the Michigan District office of the Church of the Nazarene in Vicksburg following many years of dedicated service as office manager. She had also worked at Redmond Motors in Owosso, managed the Hallmark House in Midland and was the librarian at John Wesley College in Owosso. She also was a pastor’s wife assuming many jobs and responsibilities in the churches Richard and she served.
She enjoyed cooking and sewing and loved playing the organ. Arlene found the most joy when she was surrounded by her family, especially her grandchildren and great grandchildren.
She is survived her loving and dedicated husband of 63 years: Richard; two daughters: Sheryllynn (Roger) McBride of Brighton and Teresa (Rod) McBride of Rockford; one son: Richard Forsythe of St. Augustine, Florida; seven grandchildren: Mark, Jeff, Amanda, Brooke, Joshua, Clorissa and Elizabeth; six great grandchildren and expecting her seventh; one sister: Lila Wright of Owosso and many nieces and nephews.
She was preceded in death by her parents, three sisters and one brother.
In accordance with family wishes cremation has taken place. Private graveside services and burial of the ashes will take place at the Vicksburg Cemetery in Vicksburg. The Rev. John Shoup will officiate.
The Hackman Family Funeral Homes of Sturgis is entrusted with the arrangements.
The family suggests those wishing to make a memorial donation in Mrs. Forsythe’s memory consider the Sturgis Church of the Nazarene, 70031 S. Lakeview Rd., Sturgis, MI, 49091.
The obituary is also at www.hackmanfamilyfuneralhomes.com where we encourage relatives and friends to share memories and leave condolences for the family.