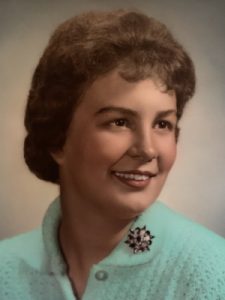 She was born February 22, 1945 in Three Rivers, the daughter of Robert and Helen (Hovarter) Baughman.

After graduating from Centreville High School, Connie worked at Denton Mills in Centreville. She worked as a nurse’s aide at Fairview and Heartland for many years, and also did home health care.

Connie was a witty, fun-loving woman who loved good jokes, playing cards, and cartoons. She was an avid reader who spent hours at a time reading romance novels. She especially enjoyed time with her children and grandchildren.

She was preceded in death by her parents; a sister, Carole Rumsey; and a brother, Robert Baughman Jr.

A private graveside service will be held at Peek Cemetery at a later date.

Donations in Connie’s memory may be directed to the family. Envelopes are available at Hohner Funeral Home in care of arrangements.