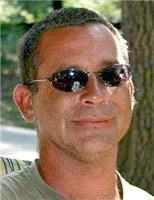 Daniel J. Waring, age 54, of Sherwood, passed away unexpectedly Wednesday, Dec. 9, 2020, from injuries sustained in an automobile accident.
Daniel was born Aug. 13, 1966, in Westland, a son of Larry and Cathleen (Delaney) Prince.
Daniel attended and graduated from Colon High School with the class of 1986.
On Sept. 23, 1989, Daniel married Jodi Harvey in Colon.
Daniel worked at Cruiser RV in Howe, Ind. He loved waterfowl hunting and his dog, Holly. Daniel was a very well-liked man and will surely be missed.
Daniel is survived by his wife, Jodi Waring of Sherwood; children James (Brenna) Harvey of Bronson and Krista (Daniel) Bates of Athens, Ala.; his parents, Larry and Cathleen Prince of Coldwater; a sister, Lisa Perkins of Kalamazoo; grandchildren Jaeli, Makenna, Canon, Beau, Kimber and one on the way, Lydia; his mother-in-law, Judy Harvey; and his nieces and nephews.
Daniel was preceded in death by his father-in-law, Raymond Harvey, a brother-in-law, Raymond Harvey; and an uncle, Kevin Delaney.
Following Daniel’s wishes, cremation has taken place. There are no services planned at this time. Condolences may be left for the family at Schipperfuneralhome.com.