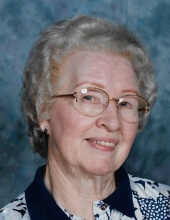 Eva Everette Davenport, age 94, of Sturgis, passed away Friday evening, December 18, 2020 at Faith Hospice at Trillium in Byron Center, Michigan.
She was born February 14, 1926 in Parkton, North Carolina daughter of the late Roy and Nina (Furmage) Everette.
Mrs. Davenport resided in Sturgis since 1976 coming from Athens, New York.
On June 28, 1946 she married William F. Davenport in Fayetteville, North Carolina. He preceded her in death April 24, 1996.
She began her career working at the Fort Bragg Military Base during WWII, and then worked as a legal secretary.
Mrs. Davenport was a dedicated wife, mother, grandmother and homemaker.
She was a member of Women of the Moose Sturgis Chapter #613. Mrs. Davenport volunteered her time with the St. Joseph County courts where she was a Court Appointed Special Advocate working with vulnerable children in the court system. She had a passion for flowers, gardening and playing Bingo.
She is survived by two daughters: Brenda (Thomas) Gerry of Round Top, New York and Denise (Darrell) Mattick of Hudsonville, Michigan; two sons: William S. Davenport of Athens, New York and David W. (Pamela) Davenport of Sturgis; seven grandchildren: Heather Davenport, Dylan Gerry, Joshua Gerry, Kaitlyn Gerry, Jordan Davenport, Cameron Davenport and Kaylan Davenport; six great grandchildren and several nieces, nephews and cousins.
She was preceded in death by her parents; husband; grandson: Joshua Gerry and brother: Sam Everette.
The family will receive friends from 11:00 A.M. to 1:00 P.M. Tuesday at the Rosenberg Chapel of Hackman Family Funeral Homes, 807 E. Chicago Rd., Sturgis, MI 49091, 269-651-2331 where private services will follow the visitation. Pastor Matt Taylor of the First Baptist Church of Sturgis will officiate. Due to the COVID-19 pandemic and restrictions of gatherings, the current limitations of no more than 25 people in the funeral home at a time will be followed and face masks are required. A graveside committal will follow the service at Oak Lawn Cemetery in Sturgis.
The obituary is also at www.hackmanfamilyfuneralhomes.com where we encourage relatives and friends to share memories and leave condolences for the family.