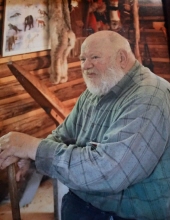 Dr. Louis Joseph Blesch, Jr., DVM, age 88, of Sturgis, passed away Tuesday morning, December 22, 2020 at his home.
He was born October 1, 1932 in Chicago, son of the late Louis Joseph and Madeline (Steir) Blesch.
Dr. Blesch resided in the Sturgis area most of his life.
In May of 1956 he married Joyce Ann Beyer. She preceded him in death October 28, 1992. On July 17, 1993 he married Karen Holtz Richards at the Holy Angels Catholic Church in Sturgis.
He was a practicing veterinarian for 25 years owning and operating the Sturgis Veterinarian Hospital in Sturgis. He also was involved in farming for most of his life starting that career as a young boy with his grandfather.
Dr. Blesch was proud to have served his country in the U.S. Army during the Korean War earning the rank of First Lieutenant.
He was a member of the Holy Angels Catholic Church in Sturgis, past president and current treasurer of the Sturgis Kennel Club and served two terms as a St. Joseph County Commissioner. He was a league bowler for many years and enjoyed H.O. scale model railroading, fishing, gardening and was an avid reader.
Dr. is survived by his wife: Karen; one daughter: Audrey (Joseph) Freda of Nail, Arkansas; three sons: Andrew (Nancy) Blesch of Zeeland, Charles (Shelley) Blesch of Liberty Center, Ohio and Michael Blesch of Sturgis; two step-sons: Ronald Richards, II and James (Carrie) Richards both of Sturgis; 25 grandchildren; 22 great grandchildren; two sisters: Carol Bowen of Sedro Wooley, Washington and Marilyn Winig of Warrington, Pennsylvania; two brothers: Thomas (Donna) Blesch and Robert Blesch both of Avon Park, Florida and several nieces and nephews.
He was preceded in death by his parents; first wife and step-son: William Lee Richards.
The family will receive friends from 9:00 to 11:00 A.M. Saturday at the Holy Angels Catholic Church in Sturgis where the Funeral Mass celebrating the life of Dr. Louis J. Blesch will begin at 11:00 A.M.  The Rev. Father Andrew Raczkowski will officiate. A graveside committal will follow the Mass at Oak Lawn Cemetery in Sturgis. Full military honors will be conferred by Captain John J. Kelley Post #1355 VFW and the U.S. Army Honor Guard.
The Hackman Family Funeral Homes of Sturgis is entrusted with the arrangements.
The family suggests in lieu of flowers memorial donations in Dr. Blesch’s memory be directed to Paws with a Cause, 4646 S. Division, Wayland, MI 49348 or America’s Vet Dogs, 371 East Jericho Turnpike, Smithtown, NY 11787.
The obituary is also at www.hackmanfamilyfuneralhomes.com where we encourage relatives and friends to share memories and leave condolences for the family.