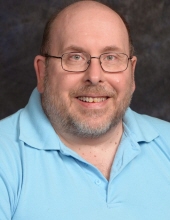 Mark R. Babb, age 60, of Sturgis, died peacefully on Tuesday, December 1, 2020 at Bronson Methodist Hospital in Kalamazoo.
He was born in Wilmington, Ohio on January 29, 1960 to the late Robert and Betty (Rose) Babb.
His early life was spent in Wilmington where he graduated from Wilmington High School with the class of 1978. He furthered his education at Wright State University earning a degree in music education. He graduated from United Theological Seminary with a Master of Divinity degree and also from Garrett Evangelical Seminary earning a Master of Sacred Music.
He served a number of churches as an ordained Elder of the United Methodist Church in the West Ohio Annual Conference including Ebenezer, Blanchester/Edenton, Red Lion, Roundhead Charge, Hoytville, and Gibsonburg Faith. He then transitioned to an ordained Deacon and transferred to the West Michigan Annual Conference where he served as music director at Coldwater, First UCC (Jackson), St. Paul UCC (Waterloo, IL), Westminster Presbyterian Church (Jackson), Federated Church of Grass Lake, and New Life (Lakeview). He also served as the Office Manager of First United Methodist Church (Sturgis).
On September 2, 1988 he married Susan J. Sutherland at Grace United Methodist Church in Grove City, PA.
His greatest joy was making music to praise the Lord, he especially enjoyed playing in and directing handbell choirs. He was a member of the Fellowship of United Methodists in Worship and the Arts, the American Guild of Organists, and the Handbell Association of America. He loved making music with his many friends.
He is survived by his loving wife of 32 years, Susan. A brother, Tom (Brenda) of Wilmington, Ohio; a nephew, Marshall (Michelle) and grand – nephew, Colt, of Princeton, Kentucky. An uncle, Donald and a number of cousins also survive.
Mark was preceded in death by his parents, and a sister, Marilyn.
In accordance with his wishes cremation has taken place. Due to the current conditions with the COVID-19 pandemic and restrictions of gatherings a memorial service celebrating and honoring the life of Mark R. Babb will be held at a later date to be announced.
The Hackman Family Funeral Homes of Sturgis is entrusted with the arrangements.
Memorial donations would be appreciated to Susan Babb, 200 Pleasanty Ave., Sturgis, MI 49091 to help defray Mark’s medical and funeral costs.
The obituary is also at www.hackmanfamilyfuneralhomes.com where we encourage relatives and friends to share memories and leave condolences for the family.