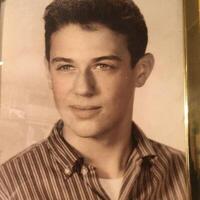 Richard Bond Anthony, Jr., age 76, of Three Rivers, died on Friday, Dec. 25, 2020 at Heartland Healthcare Center in Three Rivers. He was born in Dowagiac on Nov. 1, 1944 the son of Richard and Margaret (Cranson) Anthony. Richard  was a lifetime resident of Three Rivers. He graduated from Three Rivers High School in 1962. He joined the US Navy where he served on the USS Monticello earning a Vietnam Service Unit Commendation ribbon with 3 bronze stars. Richard worked briefly for Richard Anthony Enterprises and Continental Can Company. He was a long-time employee of Dock Foundry in Three Rivers. He was a devoted son, who enjoyed cycling, canoeing, and his tropical fish.

In keeping with his wishes, cremation has been conducted. A graveside interment with military rites will be held in the Spring of 2021 in Moorepark Cemetery. The family suggests that memorial contributions be directed to Heartland Hospice, 8075 Creekside Drive, Portage, MI 49024. Memories and condolences may be shared with the family at www.efhchapel.com.