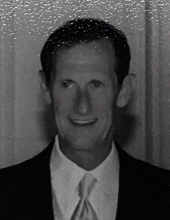 Scott Duane Newman, age 68, of Sturgis, passed away unexpectedly Friday afternoon, December 18, 2020 in White Pigeon Township of natural causes.
He was born June 20, 1952 in Sturgis, son of Richard Lee and Alice Loraine (Keeslar) Newman.
Scott was a lifelong Sturgis resident and a graduate of Sturgis High School with the class of 1971.
On June 23, 1979 he married Cheryl Cossairt in Niles.
Scott owned and operated Scott’s Painting in Sturgis and for several years he was a salesman at Dave Smith Pontiac in Sturgis.
Scott served in the U.S. Army National Guard. He enjoyed snow skiing, riding dirt bikes, fishing and watching the eagle cams from Florida and loved riding his Harley Davidson.
He is survived by his wife: Cheryl; his children: Jami Newman of Sturgis, Amber Morey of Sturgis and Nikki (Leo) Guzman of Palmdale, California; 10 grandchildren: Lason Precido-Newman, Madalyn Morey, Leito, Jehno, Kya, Andre, Elijah, Yoshia, Avner and Luken Guzman; his mother: Loraine Newman of Sturgis; two sisters: Terri (Carl) Baumeister of Sturgis and Kim (Richard) Stickney of Spring Hill, Florida and several nieces, nephews and in-laws.
He was preceded in death by his father.
In accordance with his wishes cremation has taken place. A memorial service celebrating and honoring the life of Scott Newman will be held at a later date to be announced.
The Hackman Family Funeral Homes of Sturgis is entrusted with the arrangements.
Memorial donations would be appreciated to the family.
The obituary is also at www.hackmanfamilyfuneralhomes.com where we encourage relatives and friends to share memories and leave condolences for the family.