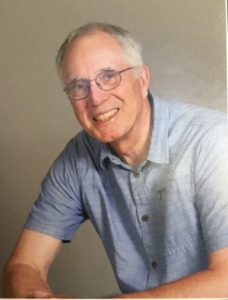 Stephen E. Walters, age 74, of Kalamazoo, passed away on Tuesday, December 1, 2020 at Rose Arbor Hospice in Kalamazoo. Steve was born in Three Rivers on December 6, 1945, a son of Earl and LaVonne (Minger) Walters. He graduated from Centreville High School in 1964 and then went on to obtain his Bachelor’s degree from Michigan State University in 1968.

On July 3, 1988, he married Horng “Judy” Yuh Wang in Centreville. Steve worked for the Ford Motor Company in Dearborn from 1968-1973 and then at Pfizer in Kalamazoo until retiring in 2004.  He enjoyed yard work, wood working, doing house projects, and restoring his John Deere H tractor. Steve and Judy loved to travel, especially to see their children and grandchildren. He was an avid MSU Spartans fan.

He was preceded in death by his parents, Earl and LaVonne Walters.

According to his wishes, cremation has taken place. A private family memorial service will be held at Prairie River Cemetery in Centreville.  A public celebration of life gathering will be held at a later date. The family requests no flowers or cards. If someone wishes they may make a donation in Stephen’s memory to the Susan Mast ALS Foundation, 2500 Waldorf Ct. NW, Suite B, Grand Rapids, MI 49544.

Arrangements were entrusted to Eley Funeral Homes, Centreville.Please visit www.eleyfuneralhomes.com to sign Steve’s online guestbook and to leave messages for the family.