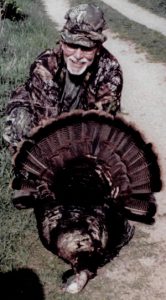 After high school, he joined the United States Air Force. He retired as Plant Manager at Arco Industries.

He was preceded in death by his parents.

Visitation will be held Friday, January 8, 2021 at noon at Hohner Funeral Home, 1004 Arnold St., Three Rivers. Military honors will be conducted under the auspices of American Legion Hice-Shutes Post #170 at 1:00 p.m., followed by a private memorial service.

Donald will be laid to rest at Ft. Custer National Cemetery in Augusta at a later date.

In lieu of flowers, donations in Donald’s memory may be directed to St. Peter’s Lutheran Church or American Legion Hice-Shutes Post #170. Envelopes are available and may be sent to Hohner Funeral Home in care of arrangements.