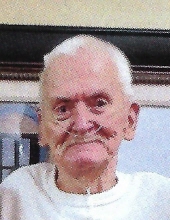 John Edward Baker, age 83, of LaGrange, and a former resident of Sturgis, passed away Monday, January 4, 2021 at Parkview LaGrange Hospital in LaGrange.
He was born March 4, 1937 in LaGrange, son of the late Cletus and Evelyn (Parson) Baker.
Ed resided most of his life in the Sturgis area and was a graduate of Sturgis High School with the class of 1956, entering the Marine Corp shortly after his graduation. From 1964-1989 he lived in Alaska.
Ed was a talented meat cutter by trade and had worked at several places including Central Meat Market in Sturgis and the Village Market in Centreville.
He was a member of Neuman-Wenzel Post #73 American Legion and past member of B.P.O.Elks #1381. For several years he participated in the Sturgis Toy Run and he enjoyed hunting and fishing.
He is survived by two daughters: Shana (Andy) Laurson of Bend, Oregon and Trina (Gary) Luce of Cincinnati, Ohio; one son: John Baker of Alaska; seven grandchildren; special friend: Mary Hogstad of Orland, Indiana and several nieces and nephews.
He was preceded in death by his parents; two sisters: Delores Colpetser and Marion Lee and half-brother: Arlen Metzger.
In accordance with his wishes cremation has taken place. Due to the current conditions of the COVID-19 pandemic and restrictions of gatherings a memorial service celebrating and honoring the life of John Edward Baker will be held at a later date to be announced.
The Hackman Family Funeral Homes of Sturgis is entrusted with the arrangements.
The family suggests those wishing to make a memorial donation in Mr. Baker’s memory consider the hospice organization of one’s choice.
The obituary is also at www.hackmanfamilyfuneralhomes.com where we encourage relatives and friends to share memories and leave condolences for the family.