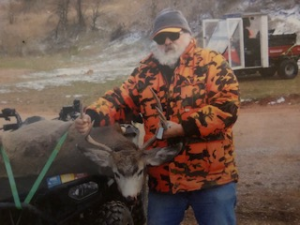 Michael Donald Kline, age 71, of Three Rivers, died Friday, Jan. 15, 2021 at his home. He was born in Gobles, MI on Dec. 31, 1949 the son of Robert C. and Louise A. (Anderson) Kline. He graduated From Mendon High School with the class of 1968. Mike was a truck driver for several companies, including Direct Services and Hoekstra Trucking Company, and later worked for KP Excavating. In his spare time, he enjoyed hunting and working on cars. He was a member of the Fraternal Order of Eagles Lodge #2303 of Three Rivers and a founding member of the Old Iron Classic Motorcycle Riders.

Mike is survived by a son, Jason (Meghan) Kline of Three Rivers; a brother, Robert C. (Mary) Kline, Jr. of Wadell, AZ; and a nephew, Mike Kline of San Diego, CA. He was preceded in death by his parents.

In keeping with his wishes, cremation has been conducted. A memorial service will be announced later with interment in Mendon Cemetery. It is suggested that memorial contributions be made to Kevin Fenach and mailed to Old Iron Dirt Drags, 56343 Old 119, Marcellus, MI 49067. The family was assisted by the Eickhoff Funeral Home of Mendon. Memories and condolences may be shared with the family at www.eickhofffuneralhome.com