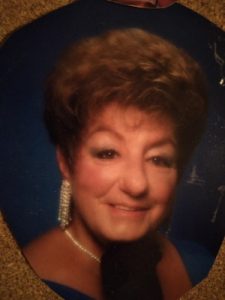 Sallyann Marie Taylor, age 87, of Mendon, died Friday, Jan. 22, 2021 at Thurston Woods in Sturgis. She was born in Ludington, MI on Oct. 7, 1933 the daughter of Charles and Marguerite (LaBarr) Vorac. Her parents died when she was quite young, and Sallyann became a foster child of Margaret Travis of Mendon. She graduated from Mendon High School with the class of 1953. She played the flute in the high school band, taught herself to play the piano, and rode her horse Rick in many parades. She was married to Robert V. Taylor on August 30, 1953. She was a bus driver for Mendon Schools and a waitress at Rosie’s Sand Lake Steakhouse. She worked the family farm, gardening, and caring for the animals, and harvesting and delivering hay. Her CB Radio handle was the Turquoise Kid. She enjoyed cooking and canning and looked forward to Sunday dinners with her family.

In keeping with her wishes, cremation has been conducted with the assistance of the Eickhoff Funeral Home of Mendon. A family memorial service will be held Friday, Jan. 29, 2021 at 11 am at St. Paul Lutheran Church in Colon with Pastor David Grimm officiating. A recording of the service will be available on the funeral home website later in the day. Interment will take place in Mendon Cemetery. It is suggested that memorial donations be directed to Thurston Woods, 307 N. Franks Ave., Sturgis, MI 49091. Memories and condolences may be shared with the family at www.eickhofffuneralhome.com