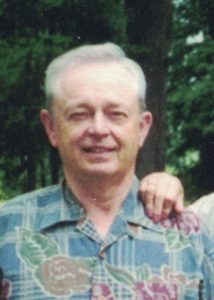 Daniel Schwartz Jr., age 86, of Bronson, passed away Friday, February 26, 2021 at
Ascension Borgess Hospital in Kalamazoo.
Daniel was born December 30, 1934 in Sherwood, Ohio a son to the late Daniel and
Katherine (Nussbaum) Schwartz Sr.
He had attended Burr Oak Schools and had made his home at his present address the
past 58 years.
On September 14, 1958 he married his wife of 63 years, Barbara Cronkhite in Burr Oak.
Daniel had worked as an upholster for Harter Corporation and also had farmed.
Daniel was a member of the Pleasant Hill Missionary Church in Bronson, where he had
served as a Deacon, was past treasure and chairman. He had also served on the
presidents advisory board for Bethel University and served on the Matteson twp. board
of review and zoning commission.
He is survived by his wife of 63 years, Barbara Schwartz of Bronson four children;
Sharon (Jay) Butters of Colon, Joseph (Janet) Schwartz of Coldwater, James (Trisha)
Schwartz of Bronson and Suzanne (Robert) Rasbaugh of Bronson, ten grandchildren,
twelve great grandchildren, two brothers; Joseph (Ella) Schwartz of Florida and David
(Alta) Schwartz of Virginia, and many nieces and nephews.
He was preceded in death by two brothers; Simon and Henry Schwartz and sister Mary
Borntrager.
The family will receive relatives and friends on Tuesday at the Pleasant Hill Missionary
Church, 886 Pleasant Hill Road, Bronson, MI 49028 from 6:00 to 8:00 P.M. and also on
Wednesday, from 12:00 noon to 1:00 P.M. Funeral services celebrating the life of
Daniel Schwartz will then take place at 1:00 P.M. with Pastors Cory Weatherton and officiating. Burial will follow in Adams Cemetery. If desired the family suggest memorials be made to the Gideons. Envelopes will be available at the church and the funeral home.