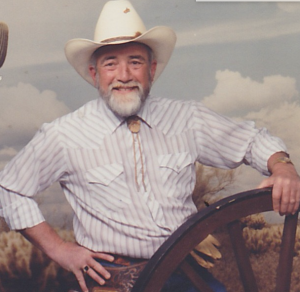 He was born in Sturgis on July 28, 1938, son of the late Thomas Curtis and Hattie Eureath (Diethrich) Ray Sr. He graduated from Sturgis High School in 1956. On December 1, 1956, he married Phyllis Geering in Angola.

Tom served in the U.S. Marines from 1956-1958 as a DUCK amphibian truck driver. He worked as Plant Manager at OS Keene, Keene Metals, CTS and Syndicate Systems in Middlebury from 1964-1985. Tom enjoyed life on his Farm, “Ray’s Angus Acres,” bailing hay and raising Angus Cattle. He also enjoyed hunting, fishing, and trapping.

He was preceded in death by his parents, sister Shirley Schaefer, and brothers-in-law Ted Piper and Mark Watson.

Private family services will be held with Alan Rentfrow officiating.  Internment will take place in Constantine Cemetery.  The public is invited to watch the livestream of Thomas’ service on Wednesday, February 17 at 11:00 AM on the Eley Funeral Home Facebook Page.  A memorial reception will be held at The Friendly Tavern (Jones), February 17 at 1:00 PM.  Memorial contributions may be made to the family.