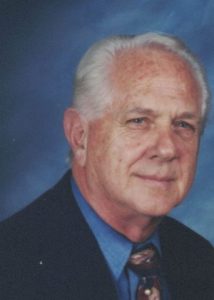 He grew up in Allendale on the family dairy farm and moved to Colon in 1957 where  he has resided since.

After college he entered the United States Army, serving with the Third Infantry Division in Korea earning the rank of Sergeant, and earned a Bronze Star.

Besides his wife Helen he was preceded in death by a daughter Debra Kay Hayes and brother Willis (Bill) Schipper.

The family will receive relatives and friends on Wednesday at the Schipper Funeral Home from 6 to 8 P.M.  Funeral services celebrating the life of Ted M. Schipper will be Thursday, March 11, 2021 at 11:00 A.M. at the funeral home with Rev. David J. Farrell officiating. Burial will follow at Lakeside Cemetery with Military honors conferred by the Colon American Legion Post #454 and the United States Army Honor Guard. If desired memorials may be made to either the Colon United Methodist Church or the Colon Historical Society.