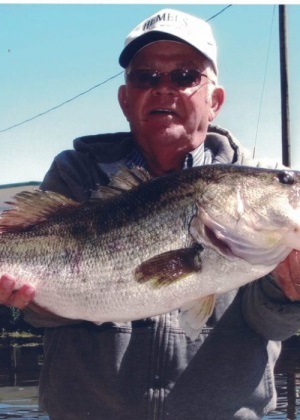 Wallace Leon James Mesler, age 84, of Colon, began a new journey on Monday, March 1, 2021 after a battle with cancer.

He was born October 9, 1937 and thanked his mom and dad for giving him life.  He had lived in various places from Lansing to Union City as a youth but for the past 70+ years has called Colon his home.

LJ served in the Air Force as an airman 1st class from 1955 to 1958.  While stationed in Plattsburg NY, he met the love of his life, Iola Woodward, and spent 58 ½ wonderful years in marriage.  She preceded him in death in June 2015.

He worked over 30 years at Abbott Labs and then spent over 20 years in retirement.  Most important to him was spending time with his family.  He had family and many good friends spread from New York to California and Michigan to Florida.  LJ enjoyed many activities like camping, snowmobiling at their cabin up north, winters at the Florida house, going to car shows in his 1938 Chevy Master Deluxe and his favorite activity of fishing.  Known for his colorful hats and even more colorful stories of fishing or of his childhood exploits, he was always on the go and living life to its fullest.

Along with his beloved wife, he was preceded in death by his parents Leon and Irene Mesler, a brother Harry and sister Sara Jane Owsley.

He is survived by his three beautiful daughters Tammy L. (Lloyd) Walton, Pamela J. (Dennis) Babbs, Terry L. (William) McManus all of Colon.  LJ is survived by two sisters, Maysie (Willard) Lafler of Fulton and Susie Belote of Sturgis and special friend Vickie Frisbie.  He has a sister-in-law Sandra Mesler of Clarkston, MI and a brother-in-law Phil Keeler of St. Petersburg, FL.

The family will receive family and friends from 2 to 4 and 6 to 8 PM on Wednesday, March 3, 2021 at the Schipper Funeral Home LTD in Colon.  Funeral services will be held on Thursday, March 4, 2021 at 1:00 PM also at the funeral home with Dennis Babbs officiating.  Burial will follow at Lakeside Cemetery in Colon.  In lieu of flowers memorial donations may be made in Wallace’s name to a charity of ones choice.