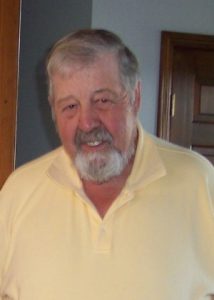 On February 24, 1968 Earl married Marcia Jean Batten in Leonidas. Marcia would precede him in death on September 21, 2018.

Earl moved to the Sherwood area in 1955 and spent the remainder of his life there. He was a member of the Church of the Nazarene in Sturgis. Earl retired from Essex Aluminum in Coldwater and also farmed. Following retirement Earl helped deliver the Battle Creek Enquirer for many years. Earl enjoyed hunting, fishing, farming, gardening, and being outside.

Besides his parents Earl was preceded in death by his wife Marcia Ross, sister Joyce Wilson, and brother Tom Ross.