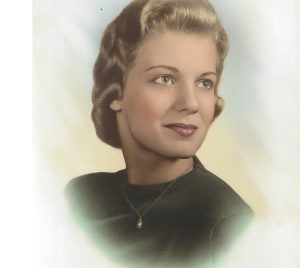 Janet Hope Dudley, age 78, of rural Three Rivers, died Saturday, April 24, 2021 at the Three Rivers Health Emergency Room. She was born in Sturgis on March 31, 1943 the daughter of Phillip C. and Margaret E. (Loudenslager) Hamilton. After graduating from Centreville High School, she was married to Donald Flagg on Sep. 16, 1961. They were later divorced. Her second marriage was to Ronald Dudley in 1986, and they were later divorced.

Janet worked as a seamstress for many years at Denton Mills in Centreville. She also worked as a waitress, and retired from The Stryker Corporation in Portage. She enjoyed sewing and quilting for family and friends.

Janet is survived by two sons, Clayton (Angela) Flagg of Kalamazoo and Michael (Jane) Flagg of Lansing; five grandchildren, Cody, Garrett, Hannah, Alexandria, and Tristan; two great-grandchildren, Mason and Jackson; nieces and nephews. She was preceded in death by her parents; a brother, Jerry Hamilton; and a sister, Susan Knapp.

In keeping with her wishes, cremation has been conducted and no services are planned at this time. Memorial contributions may be directed to a charity of one’s choice. Professional services were provided by the Eickhoff Funeral Home of Mendon. Memories and condolences may be shared with the family at www.eickhofffuneralhome.com