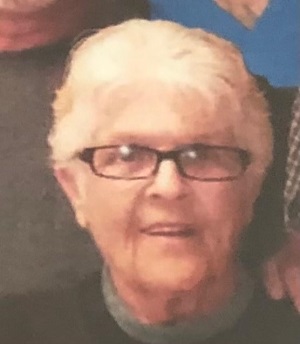 Donna Lee Roach, age 86, of Union City, died Saturday, May 8, 2021 at Bronson-Battle Creek Hospital. She was born near Hastings, Michigan on May 11, 1934 one of eight children born to Clyde and Carrie (Thompson) Marble and was a lifetime resident of Southwest Michigan. She attended country schools in Barry County. For several years Donna was employed at Athens Public Schools where she was a bus driver, playground supervisor, and library aid. For most of her working life she was a home health aide and caregiver at area adult foster care and veterans’ homes, including Shady Pines near Battle Creek. As a single mother, her life was centered around raising her children and attending their events. She liked to dance, and in her younger years attended the Saturday night dances in Leonidas and Hodunk. In her later years she especially looked forward dinning out weekly with her children and grandchildren.

In keeping with her wishes, cremation will be conducted. A memorial service will be held at 2:00 pm Sunday, May 16, 2021 along the river at the Eickhoff Funeral Home in Mendon. It is suggested that memorial contributions be directed to either the Cerebral Palsy Foundation www.yourcpf.org, or to St. Jude Children’s Research Hospital www.stjude.org. Memories and condolences may be shared with the family at www.eickhofffuneralhome.com