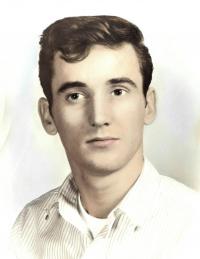 We thank Flowerfield Missionary Baptist Church for prayers, visits, food, gifts, cards and flowers, and to Bronson Burn & Wound Center (Kalamazoo) and Specialty Clinic (Three Rivers). We thank all of you who took care of Jack during his treatments.

Thank you to Hospice of Three Rivers for your time spent with Jack & Barbara keeping him comfortable.

Thank all of you again and God bless you.

In accordance with Jack’s wishes, cremation has been conducted. Visitation will be held Saturday, June 26, 2021 at 10 a.m. at Flowerfield Missionary Baptist Church, 15525 Flowerfield Rd., Three Rivers. A memorial service will follow at 11 a.m. at the church with Pastor Josh Mullins officiating. Interment will be in Flowerfield Cemetery.