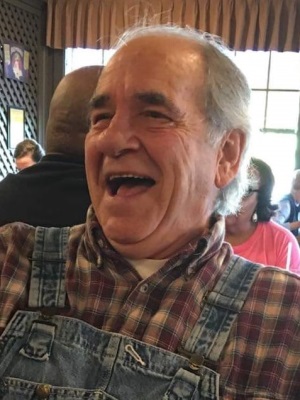 Kimber dropped out of High School to join the Navy in 1963, acquiring his GED along the way. He was honorably discharged in 1969 after being stationed on the U.S.S. Cavalier APA37. He earned the National Forces Expeditionary Medal, the National Defense Service Medal, and the Vietnam Campaign Medal. He held the position of Turbine Engine Operator.

Kimber married Barbara Jean Brown in 1967 and they had two sons Colin Herbert in 1968 and Karl Louis in 1971. In 1980 they were divorced and in 1991 he married Patricia Bellew Johannes. Pattie had two children from her previous marriage, Heather Osbourne and David Johannes. Kimber and Pattie divorced 5 years later.

Kimber worked for Conrail for 24 years and retired in 1992 as a freight conductor. He worked at Eaton Corporation, AAA Machine (Bruce Van Emon) and put himself through farrier school becoming an outstanding farrier (horse shoer) in the surrounding communities. He became good friends with many of his customers, who often enjoyed his company for dinner after a job well done. He loved spending time with the Yoder family.

Kimber loved collecting and shooting guns, riding horses, the NRA and the Civil War. He was a walking historian of all Civil War things. He joined the Sons of the Civil War unit until being honorably discharged. He loved dressing up and marching in the parades. Kimber had a love of cigars, pipes and cigarettes (we have the inventory to prove it). He loved spending Sundays at Karl’s house having Sunday dinner with four generations of Ruedgers surrounding him with love. He cherished these moments and wished Colin lived closer to be included in the memories made.

Kimber was cremated at his request and did not want a funeral. He said and I quote, “I don’t want anyone kickin’ up a fuss on account of me!” The loss of his infectious laugh, his genuine smile and sense of humor will be felt and missed by many. The empty chair on Sundays will be a reminder to love each other unconditionally and always make time for those you love and cherish.