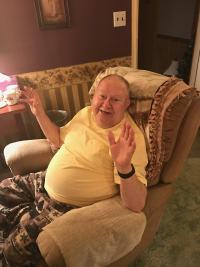 Jimmy Dale Hemenway, age 82, went to be with his Lord Sunday, July 25, 2021 at Fairview Nursing Facility in Centreville.  He was born to Ralph and Mary (Weatherwax) Hemenway on April 24, 1939.

Jimmy grew up in Three Rivers, and attended Three Rivers Schools.  On December 19, 1959, he married the love of his life, Mable Spicer.  Together they had three children, Randy (Debbie) Hemenway of Three Rivers, Melinda Hemenway of Kalamazoo, and Rhonda Heffner of White Pigeon.  Also surviving are his adopted son Michael Quiroz of Dandrige, TN, 12 grandchildren, 9 great grandchildren, several nieces and nephews, one brother and one sister.

He was employed at Lake Park Industries in Shipshewana and retired in 2006.  Jimmy’s Home improvements, sketching, and woodworking were among his hobbies.  He also enjoyed spending time with family and friends.  His entertainment was a good Western and he got a lot of amusement out of telling jokes.

Jimmy was preceded in death by his parents, one brother, and one sister.

Arrangements were entrusted to Eley Funeral Home, Centreville.  Please visit www.eleyfuneralhomes.com to sign Jimmy’s online guestbook and to leave a message for the family.