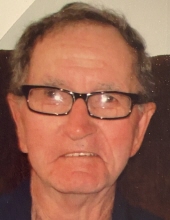 Albert Clayton Miller, age 88, of Sturgis, passed away Thursday morning, September 16, 2021 at his home.
He was born January 2, 1933 in Howard City, Michigan son of the late Jess and Della (Baldwin) Miller.
Al resided in Sturgis most of his life. On June 11, 1955 he married Shirley Darby at the Chapel of the Gardens in Angola.
In 1994 he retired from Ruud Industries in Sturgis following several years of employment. Prior to joining Ruud he had been employed by the Harter Corporation in Sturgis for many years until the closing of the company.
Al was proud to have served his country in the U.S. Army during the Korean War earning the rank of SP2 (T). He was awarded the Korean Service Medal, United Nations Service Medal and the National Defense Service Medal.
Al was a Golden Eagle member of Eagles Lodge #1314, Neuman-Wenzel Post #73 American Legion and for many years the Green Valley Golf Course. Al enjoyed fishing and hunting and had a real passion for the game of golf. He was a teaching professional and taught many children how to play the game at the Prairie River Golf Course in Bronson. Some of his summer golf programs would have as many as 250 kids he would be teaching.
He is survived by his loving and dedicated wife of 66 years: Shirley; one daughter: Cindy Miller of Las Vegas; two sons: Willie Miller of Sturgis and Todd Miller of San Diego; two grandchildren: Darby Miller of Sturgis and Jorie Miller of Bryan, Ohio; two great grandchildren: Lilly and Lana Miller; one brother: Jim Miller of North Fork, Arkansas and many nieces and nephews.
He was preceded in death by his parents; great grandson: Hunter Jorie Miller; three sisters and five brothers.
In accordance with his wishes cremation has taken place. The family will receive friends from 6:00 to 8:00 P.M. Wednesday at the Hackman Chapel of Hackman Family Funeral Homes, 114 S. Nottawa St. in Sturgis. A graveside service and burial of the ashes will take place at 1:00 P.M. Thursday at the Oak Lawn Cemetery in Sturgis. The Rev. Sue Babb of the First United Methodist Church of Sturgis will officiate. Full military honors will be conferred by Captain John J. Kelley Post #1355 VFW and the U.S. Army Honor Guard.
The family suggests those wishing to make a memorial donation in Mr. Miller’s memory consider the Animal Rescue Fund P.O. Box 593, Centreville, MI 49032 or the Alzheimer’s Association 200 Turwill Lane Suite 6, Kalamazoo, MI 49006.
The obituary is also at www.hackmanfamilyfuneralhomes.com where we encourage relatives and friends to share memories and leave condolences for the family.