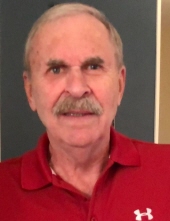 Gary Lee Kirtley, Sr., age 75, of Sturgis, passed away Wednesday afternoon, September 8, 2021 at Bronson Methodist Hospital in Kalamazoo due to complication of COVID pneumonia. His son, Michael, was with him at the end, holding him until he passed peacefully.
He was born September 19, 1945 in Detroit, son of the late Earl Lee and Susanna Ora (Koch) Kirtley.
Gary was a graduate of Bronson High School where he excelled in sports. He furthered his education at Tri-State University in Angola, where he earned a Bachelor Degree in Engineering.
On June 11, 1966 he married his high school sweetheart Sharry Wilbur.
In 1977 Gary and Sharry started Lee Ann Plastics in Burr Oak and the business continues to operate today.
He is survived by his loving and dedicated wife of 55 years: Sharry; three sons: Gary (Rachel) Kirtley, II of Vicksburg, Michael (Xandrea) Kirtley of Romeo, and Jason Kirtley of Burr Oak; also cherishing his life and memories are his grandchildren: Spencer, Jessica, Jennifer, Jacob and Joshua; his special great grandkids: Damien and Meeka; two sisters: Linda (Juegen) Mann of Germany and Heather (Steve) Eckhardt of Sturgis and several nieces and nephews.
He was preceded in death by his parents and one sister: Darlene Sue Kirtley.
In accordance with his wishes cremation has taken place. Per Gary’s wishes his ashes will be scattered over his and Mike’s hunting grounds. A gathering of family and friends to honor and celebrate the life of Gary Lee Kirtley, Sr. will be held at a later date to be announced.
The Hackman Family Funeral Homes of Sturgis is entrusted with the arrangements.
The family suggests those wishing to make a memorial donation in Mr. Kirtley’s memory consider the Animal Rescue Fund, P.O. Box 593, Centreville, MI 49032.
The obituary is also at www.hackmanfamilyfuneralhomes.com where we encourage relatives and friends to share memories and leave condolences for the family.