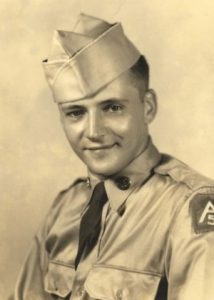 Howard was a very humble and kind man. He was known for gardening. Howard had kept a garden for 60 years and was always very proud of it.

Besides his parents and his wife Arlene, Howard was preceded in death by his two sisters: Pauline and Eleanor.

The Scott family will receive friends and relatives on Saturday, September 25, 2021 from 10 AM to 12 PM at the Schipper Funeral Home in Colon. A funeral service celebrating the life of Howard will be held following the visitation at 12 PM also at the funeral home with Rev. David J. Farrell officiating. Interment will follow at Lakeside Cemetery in Colon. The Scott family invites anyone who would care to join them in honoring Howard by wearing Jeans and a Flannel Shirt. In lieu of flowers the family asks donations be made to Colon Fire & Rescue, and the St. Joseph County Humane Society. Envelopes will be available at the funeral home. Condolences may be left online at Schipperfuneralhome.com.