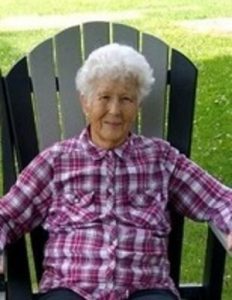 Loretta A. Bowlby, age 78, of Mendon, passed peacefully into the arms of her Lord and Savior,  on Friday, September 24, 2021 at Rose Arbor Hospice in Kalamazoo. She was born in Vicksburg on July 17, 1943. She was the fifth child of seven born to Ivan and Louise (Cook) Evans. On September 3, 1966 she was united in marriage to Kenneth Bowlby in Three Rivers, and then together eventually settled in Mendon.

Loretta was a loving wife, mother, grandmother and homemaker. She was also a friend to many, and a faithful, devoted Christian. She loved spending time with her family and sister Sandy, going to garage sales, working in the yard and watching the birds that visited her feeders, especially humming birds.

The family will receive friends from 10 to 11am Monday, September 27, 2021 at Hohner Funeral Home in Three Rivers with the funeral to follow visitation at 11am with Pastor Mike Owen officiating. Burial will be at Poe’s Cemetery near Jones. It is suggested that memorial donations be directed to Rose Arbor Hospice or the Salvation Army.