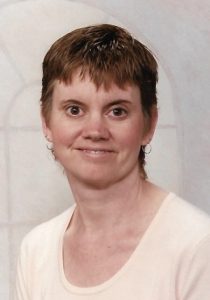 She was born August 22, 1957 in Three Rivers, the daughter of Durwood & Betty (Ash) Bertch. She graduated from Three Rivers High School in 1975.

Mel began her career as a Registered Nurse at Silver Cross Hospital in Joliet, IL working with Cardiac Care Patients. Returning to Michigan in 2001, she found employment at Bronson Hospital and retired in 2017. She cared for patients in the Antepartum and Postpartum unit. She loved being an advocate for her patients and also became a mentor to many of the new nurses as they entered into their careers.

She loved spending time with family and friends, especially spoiling her grandchildren.

She enjoyed camping, painting, arts and crafts, music, exercising and taking care of herself.

She was preceded in death by her father and by her daughter Stacey Rohrer.

Donations in Melody’s memory may be directed to Ronald McDonald House in Ann Arbor. Envelopes are available at the funeral home.