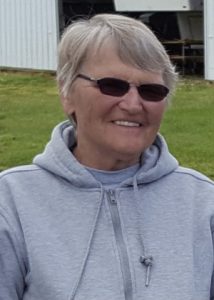 Joan O. Duncan, age 80 of Sherwood, died on Monday, October 18, 2021 at her home. She was born February 15, 1941 in Lakeview, a daughter of William and Mildred (Campbell) Heinrich. Joan graduated from Harper Creek High School in 1959. On December 17, 1962 she married Richard G. Duncan at the Sonoma Methodist Church.

Joan and family operated their family farm, as well as working at Kellogg’s, House of Raeford Farms in Athens, and DENSO Mfg. in Battle Creek.

She was active in the Sherwood 4-H club, a member of the Sherwood Eastern Star, Sherwood Flower Club, and attended many tractor shows with Richard. Joan attended the Sonoma and Athens Methodist Church’s. Joan loved her grandson Joshua and cherished time spent with him.

She was preceded in death by her parents and brother Chuck Heinrich.

Joan’s wishes were to be cremated. No public services will be held. Online condolences may be left at www.schipperfuneralhome.