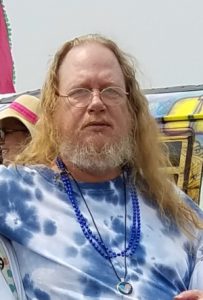 Troy Thomas Moore Ulin, age 56, of Mottville, passed away on Monday, October 11, 2021at Bronson Methodist Hospital in Kalamazoo. He was born July 16, 1965 in Detroit, a son of Lawrence and Margaret (Springer) Ulin.

Troy graduated from high school in Riverside, CA, and served in the United States Air Force from 1985 to 1989. He worked as an auto mechanic for McCormick Dealership in Nappanee. Troy also worked as a CNC machinist at various companies. Troy enjoyed fishing, football, hockey, NASCAR, and was a fan of Dale Earnhardt Sr.

According to his wishes cremation has taken place.Please visit Troy’s Memorial Page at www.eleyfuneralhomes.com to sign his guestbook and leave a message for the family.